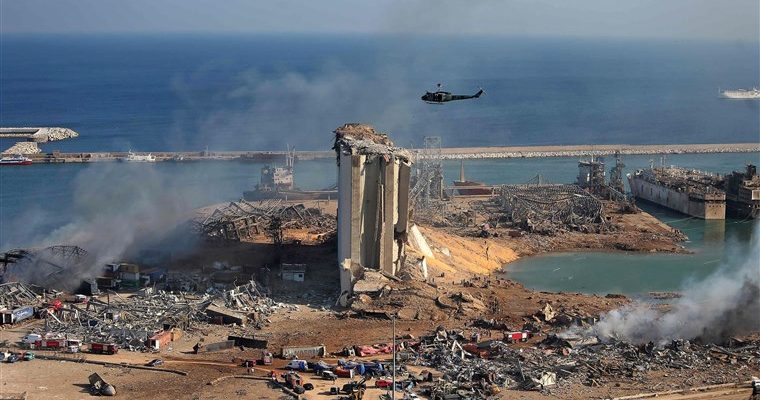 In the midst of a global pandemic, an economic crisis, and plummeting health services, Lebanon is currently facing one of its worst years yet since the Civil War in 1975. On August 4th 2020, an explosion equivalent to that of a nuclear bomb set off in Beirut’s Port. 2,750 tonnes of ammonium nitrate diffused with immense power leaving neighbouring areas like Gemmayze, Mar Mikhael, Karantina, and Achrafieh in rubbles and ruins. As of now 135 individuals have been pronounced dead, 5000 individuals have sustained injuries, and a total of 300,000 are now displaced from their homes; a third of who are children according to UNICEF stats. Lebanese authorities say that the death toll will only rise as they are still digging through the rubbles for any sign of life.

Fortunately, nearly 60% of the nitrate explosion disseminated into the Mediterranean Sea, north of Beirut’s Port, directing the rest of the devastation towards a 6-mile radius from Beirut as stated by Port authorities. To paint a clearer picture, Beirut’s explosion is currently being compared to that of Hiroshima and Nagasaki with a magnitude greater than that of the GBU-43/B Massive Ordnance Air Blast (nicknamed the “Mother of All Bombs”) say reports from Science Alert.

The illegal containment of the nitrates arrived into the country on a confiscated Russian vessel that was heading out to Mozambique early 2013 where it stayed in a ship’s container for seven long years before this national catastrophe. The incompetence of the Lebanese government, and its’ failure to report the risks and warnings is both disheartening and completely unacceptable.

As people rummage through the streets of Beirut exasperating for a sign of belonging, hope, or life, they all equally share the tragedy of trying to overcome their loss of a home or a loved one.

Our government has yet to respond or launch a thorough investigation to answer the questions as to why and how these confiscated chemicals were triggered to launch. The lack of responsibility and carelessness that has also previously lead to corruption and the country’s bankruptcy has caused an uproar of emotions for all parliament and cabinet members to resign publicly.

We at Studypedia send our deepest and most sincere condolences to the martyrs and victims of this explosion. Our hearts ache for the families that lost their homes and loved ones. As we approach day three of mourning, we’d also like to praise our brave healthcare professionals, the Lebanese Red Cross, volunteers, doctors, and nurses that are on the frontlines working tirelessly at an overwhelming rate to help our nation.

Beirut, our phoenix, will once again rise from its ashes for the eighth time because our perseverance and strength is what will keep hope afloat.