HomeBlogBusinessThe one thing 42% of Fortune 100 CEO’s have in common! 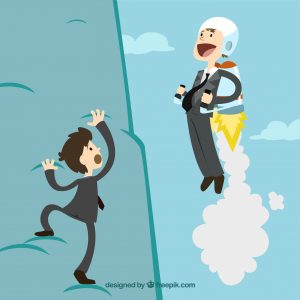 In today’s extremely competitive business landscape, individuality and uniqueness are extremely important. Though let’s face not all of us have been dealt a golden hand. Most of us look at the greats of the world wishing we were born with such a natural talent and charisma. But fret not, there is still a way for us mere mortals to survive and thrive in this world. Not every successful person has been born with the necessary skillset that made them who they are now.

The best part is that these individuals love to share their keys to success and love to guide others to achieve the stratospheric heights that they have achieved. These people have worked all their lives in order to achieve their status. The processes were all different but the end result was the same. They spent every second of every day learning.

In today’s world information is more accessible to everyone than it ever was in history. But ironically people are learning less! Despite the fact that the internet is an information goldmine it has become the greatest distraction of all! A recent research by Microsoft discovered that the majority of people have an attention span limited to a mere 8 seconds! And if this sounds like you, then you have a problem my friend.

If you are one of the billion people with that short of an attention span then you need to make some changes to your life. And the number one change has to be in the art of learning Discipline! Discipline is the driving force behind all those that seem like they can achieve superhuman feats, and it all starts in a state of mind. Saying you want to become more disciplined doesn’t cut it. You need to make a decision, and do the impossible to stick to it.

Simply acknowledging the fact that you lack discipline may be a start, but it’s only the bare minimum. You need to understand what it means to make a committed decision. To let a decision become a way of life and never accepting the alternative. A decision is the acknowledgement to adhere to a certain standard and refusing to settle for less. No matter how much pain you go through and how much practice it takes. You should never stop. That’s what it’s like to make a decision. Anthony Robbins describes a true decision as a life changing event one that once took hold will be impossible to turn back.