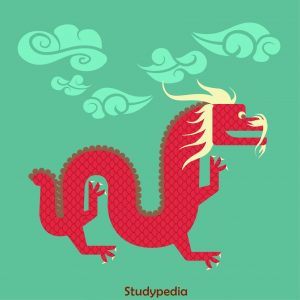 Education counselling is an interesting profession, one where we are dealing with people’s futures and dreams. Throughout such a career you will meet two types of people: the serious students and the travelers. These are fundamentally different groups of clients that need to be addressed differently and appropriately. But there are always common elements that show up when dealing with both segments.

In this article we will be discussing one of the most misunderstood study destinations: China. There was a time when people believed that China was a weak nation with a massive population, but nowadays China’s scale keeps growing from enormous to simply MASSIVE.

In the Lebanese market, especially, there exists the major misconception that the word Chinese is equivalent to low quality. But what I fear is that my fellow Lebanese have failed to keep up with global progress enough to understand that modern day China is completely different from the closed communist society of old.

According to Investopedia, China’s economic growth is second to none. In a mere thirty years, China has advanced from being a closed market with minimal trade with the global population to the world’s number one exporter of goods and the number two importer. In fact, China’s economy is so massive that its stock market holds a sum of 10.3 Trillion dollars in equity making it second only to the NYSE (New York Stock Exchange). Between 1978 and 2014 China was greatly responsible in helping the UN reach its goal of halving global poverty by lifting an unprecedented 800 million people out of poverty.

As for the state of its education systems, China is a global leader. Driven by the manufacturing intensive economy, universities in China were tasked with the job to train the next generation of its workforce. And just like its economy, the education sector responded with major enthusiasm and success. Universities like Tsinghua Research University were matched with the likes of MIT and Harvard and the quality kept improving. From 1997 to 2007 the % of GDP allocated to education investment tripled causing a major boom in the sector.

In short, China is currently a major global powerhouse that has the ability to make or break the global economy. Their education sector has received some of the greatest investment globally and the government has achieved literacy rates that reached 99% in the most recent surveys. This in itself is an unprecedented feat when one considers that China is home to over 1.38 billion inhabitants. To all you people considering studying abroad, don’t be alienated by the low prices of education in China; the quality of education is one the best in the world.