HomeBlogLifestyleAustria : Why is it the Best Study Destination in the World

Austria : Why is it the Best Study Destination in the World 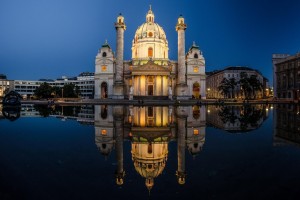 Austria is one of the best countries on Earth. In fact, its capital Vienna, was recently voted as the Number 1 most livable place on the planet! It is also home to the largest student attracting hub in the German speaking region.  Though it is very important to mention that Austria provides education in the English language. Austria accommodates  130,000 international students, by far the largest student attraction in the german speaking region.

Voted as the number one most livable place on Earth and the  Number 3 most affordable city for students in the world, Vienna is a student’s dream town. Living expenses are affordable and students have the ability to save a lot on those expenses due to the nature of the city itself and its nurturing environment for students. The city itself is very compact and therefore most places are within a walking distance. Not to mention all the perks that students can benefit from in Vienna. Everything from public transport to the cultural hubs of the city are all presented to students almost free of charge! One cannot never deny the beauty of the city itself that makes living in it such a thrill! From the beautiful architecture all the way to the fabled music halls in which great men such as Mozart and Beethoven have played and enchanted the people.

Higher education in Austria is controlled by the government, and as such Austria has a very unique education system. It is very possible for a student to be enrolled in multiple universities at the same time and all his credits are counted towards his/her major. It is a system the emphasizes creativity and passion. The system allows students to pursue the education they desire in whatever manner they see fit! It is also a very affordable system in which  international students can receive a free or almost free education. To give perspective a full year at the University of Vienna (ranked 153rd in the world) is approximately 1500 euros which less than what a single semester costs at some Lebanese universities!